Why does being visible on video feel so difficult?

Being visible as a business owner isn’t always easy. We’ve experienced our fair share of blocks and obstacles over the years, several of which we still deal with today. We’ve had occasional bursts of visibility and got into the swing of doing regular Facebook Lives for a while…  and then we’ve been stopped.

People tend to make the assumption that we’re really confident individuals, because that’s what we both project. They probably assume that when we’re not being visible it’s because we’re busy, not because we’re hiding. And hey, we’ve used that excuse ourselves a few times.

And, of course, we run a digital marketing agency. We know (and regularly preach) the importance of being visible… yet in the past when it’s come to actually doing it ourselves, all our stories and insecurities and fears have risen to the surface and stopped us.

Sophie’s analogy for this is that she feels like she’s a flower about to bloom, and yet every time she gets close she goes right back into a bud again instead of fully coming out. Like a time-lapse boomerang.

So, what are the fears that stop us from putting ourselves out there?

For both of us, a lot of our visibility fears are around looking stupid, or accidentally offending someone by having what we’ve said taken out of context. There are also fears around saying the wrong thing and having “someone who knows better than we do” pop up and tell us we’re wrong in front of our online audience.

These are all shame-based fears. They’re our brain trying to protect us from feeling shame and embarrassment, telling us it’s too risky and that we should go right back into our caves where it’s safe

Of course, there’s imposter syndrome at work here too. That little voice in our heads that asks: “What if, in fact, we don’t actually know what we’re talking about, despite ten years’ experience and a whole bunch of client testimonials that say otherwise?”

The bizarre paradox of imposter syndrome, which is a fear of not having enough knowledge or experience, is that the more experience we gain and the more we know, the more we realise how much we don’t know. And so, the “You’re an imposter!” inner voice just gets louder and louder.

Right now, being visible online is more important than ever for business owners.

We’re talking to a lot of solo and small businesses owners at the moment who know that in order to keep going, they need to take previously face-to-face services online. They also want to ramp up their social media presence to reach more potential customers and build communities around their brands. And both of those things are bringing up a whole load of fear around being visible on video.

For as long as we’ve been giving social media and content consultancy, the most common response we get when we talk about how important video is for a successful marketing strategy is some variation of: “Oh no, I can’t do video! It’s too scary / I’m too rubbish at talking / I hate the way I look / sound / come across.”

It’s universal. And even the people you’re looking at who are killing it on video right now will have dealt with this when it came to getting their first one out there. Even us! But, like anything, the more you do it, the less scary and daunting it feels. Courage is a muscle. The more you work it, the easier “doing the thing” feels.

But, is getting on video really that important?

Yes, it is! And it’s not just the fact that the social media algorithms favour video over other content formats. If you’re looking to build genuine and authentic connections with your potential customers, they’re going to want to see you. They’ll want to see your mannerisms, hear your voice, feel a connection to you and feel like they’d know what to expect if they approached you. And there’s no getting around it, video is the best way to do that.

And we get it, there’s a whole bunch of fear to push through. But after you’ve hit record, said what you have to say, made your edits, and uploaded it, you’ll realise it’s not as scary as you thought it was. Because it isn’t. We promise.

So, here’s our challenge to you now. Film a video of yourself talking about your business and why you love doing what you do, or film yourself answering that same question your clients and customers ask you over and over again. They’re asking you because they don’t know where else to find the answer, and because YOU’RE the expert. And then… put that video out there! Upload it to Facebook, LinkedIn, Twitter, YouTube, or Instagram TV.

However your video turns out, it’s perfect

We’re not here to tell you “how to do video properly” or “how to make the perfect social media video.” We’re here to tell you to just do it and see what happens. The video you’ll find at the end of this blog post is an example of where we’ve done just that. It’s a Zoom meeting we hit record on because we thought we were saying something that people might want to hear. And now, it’s this blog post you’ve just read. DOUBLE CONTENT WIN!

And remember (because this is important): when you put your video out there, you don’t need to make any apologies for it not having the same production value as a Netflix series. Nobody cares about that, they just care about seeing you and hearing what you have to say.

You don’t need to prefix your first Facebook Live with “Sorry, I have no idea what I’m doing!” or your first YouTube upload with “I’m sorry this video isn’t to the best standard, it’s my first one and I’m still learning!”

When you add those caveats, it’s almost like you’re saying: “Please forgive me for being visible, I know I’m not really qualified to be.”

Which is rubbish. Because you absolutely are. Everyone is.

And when you put that video out there, without it being as “perfect” as you think it could or ought to be, you’re giving other people permission to be visible without being “perfect” too.

So, go forth and be visible on video! And if we can help you out with that, drop us a line.

Want to hear us talk more about visibility?

Watch our video chat that inspired this blog:

Alice has a decade of experience in digital marketing, with a specialism in social media, engagement campaigns and creative content.

How Businesses Can Be LGBTQ+ Allies

We work on brand development and digital marketing projects for businesses who are pioneering positive change. Are you ready to find your joy and grow a business people love and want to get behind? 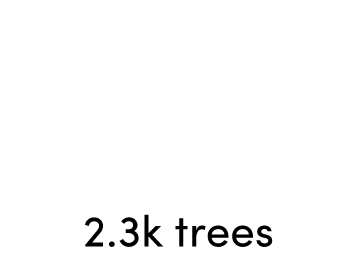